Need a Dentist? We’re Here for You

Many patients are surprised to learn that our Top Rated Local® Dentist in Texarkana treats sleep apnea. The fact of the matter is that, when most people think about sleep apnea, the last person they imagine turning to would be their dentist, but the connection between sleep apnea and dentistry is closer than you might think.

Teeth grinding is often the first sign or sleep apnea.

Sleep apnea can be difficult to spot, even for people who are living with it. That’s because it occurs while you’re asleep! Sure, there are signs of sleep apnea that doctors can use to diagnose it, including excessive sleepiness, nightmares, snoring, depression, mouth breathing, headaches, mood swings and weight gain, but many of the symptoms are common enough that sleep apnea is commonly misdiagnosed as depression. Surprisingly enough, one of the biggest red flags to watch out for when it comes to sleep apnea is actually teeth grinding, which is also called bruxism. 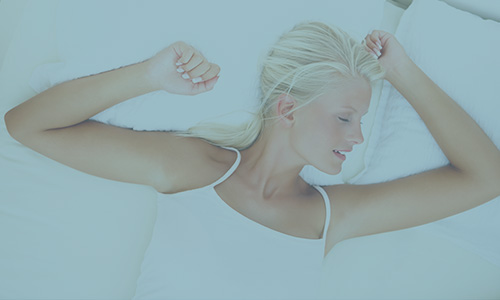 Teeth grinding is common in people with sleep apnea. When they aren’t breathing as they should, they will subconsciously grind their teeth. This sends a message to the brain that they need to wake up and take a breath. And, bruxism isn’t the only sign of sleep apnea that could be caught by your dentist. Other signs include redness in the throat, scalloped edges on the tongue and a small jaw.

Dentists don’t diagnose sleep apnea, but they can help treat it.

Sleep apnea can only be diagnosed by a doctor, so if your dentist notices that you have sleep apnea symptoms, they will probably recommend that you do a sleep study. However, dentists can treat some mild to moderate forms of sleep apnea with a sleep apnea mouthpiece. This can be a great alternative to CPAP therapy, as it doesn’t require any loud machines or cumbersome masks.

Obstructive sleep apnea is caused by an obstruction in the airway, such a floppy tongue, obesity, enlarged tonsils or uvula, too much tissue in the throat or nasal obstruction. Some sleep apnea mouthpieces work by creating a mechanical splint that is designed to prevent your airway from collapsing. And, some are also designed to position the tongue or the jaw to create more space in the airway.

The severity of your sleep apnea will determine if a sleep apnea mouthpiece will be sufficient or not. Keep in mind that this kind of sleep apnea treatment is really only ideal for people with mild to moderate sleep apnea.

While the dentist may not be the first person you think of turning to for sleep apnea, your dentist can often be your first line of defense for such a commonly misdiagnosed condition. If you have sleep apnea, and you think a mouth guard might work for you, or if you grind your teeth or have noticed any of the other symptoms of sleep apnea, contact us. Our dentist is a member of the American Academy of Dental Sleep Medicine, which is the only non-profit that is exclusively dedicated to dental sleep medicine. That membership puts us in a unique position to help with people who suffer from sleep apnea, as it ensure that we have the latest resources and tools at our disposal.